Even though it’s affectionately known as the Sunflower State, Kansas doesn’t seem to have such a sunny outlook on

The state has been a bit behind in adopting solar as a valuable option for renewable energy. In fact, they’ve even gone so far as to repeal the state’s green energy initiative in recent years!

They also allowed the largest energy producer to impose a tax on homes with solar panels. (This additional tax was eventually overturned by the state supreme court, but solar still hasn’t been the greatest option for residents who want to go green in Kansas.)

It’s true that solar in Kansas hasn’t had the best run of things in recent years, but that doesn’t mean that those who want to invest in solar are entirely out of options or incentives. Let’s take a closer look at solar options for Kansas.

To begin with, the good news for Kansas solar installers is twofold. The cost of solar has dropped drastically in the past decade, becoming some 80% cheaper. Not only that, a large portion of solar energy installations can be subsidized by the federal government in the form of solar incentives in the form of tax credits and solar rebates.

The federal solar tax credit stands at 26% right now. This means that the cost of installing a solar energy system in a residential home in Kansas could be cheaper than standard energy prices!

In fact, between the increasing cost of traditional energy and the solar incentives, solar is becoming the cheapest source of electricity. The cost per kilowatt-hour of energy with solar is expected to be more than five times less expensive in the coming years!

This could be the beginning of a boom for Kansas City solar and the surrounding communities.

The federal government isn’t the only one trying to improve solar in Kansas. There are a couple of Kansas solar incentives that are making it easier for residents to take advantage of solar energy:

The first incentive that the state of Kansas offers for folks that own solar panels is known as net metering. Net metering in a nutshell allows homeowners who have solar energy systems installed to sell extra energy back to the grid at a competitive rate. This allows them to cut their energy bills drastically.

While there are no other direct solar incentives in Kansas, there is a property tax credit for solar.

While it isn’t much compared to some other states, Kansas is slowly improving how they handle solar energy. There’s no word yet whether these incentives will lead to more options for homeowners or whether they will extend to commercial solar usage. (Note: The Federal Solar Tax Incentive works for both residential and commercial.)

Still, solar options in Kansas are starting to look sunnier!

Interested in Solar? Let Solar Sam Shine Some Light on the Subject! 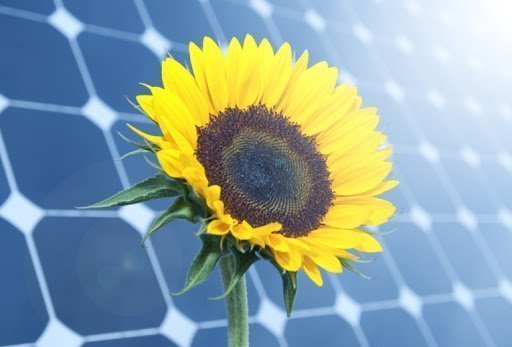 Now that Kansas residents have a bit

more of an incentive to give solar a try, Solar Sam is the perfect partner to help you get started on your solar energy journey. You’ve got questions, and we’ve got answers! We are the regions’ premier provider of solar energy products and one of the Midwest’s fastest growing solar installers.

Not in Kansas anymore, Toto? (We couldn’t resist a quick Wizard of Oz plug!) No problem! No matter where you live, if you’re ready to give solar a try, call Solar Sam today!