The Solar Industry Is Creating New Jobs in the US

“‘I know a lot of those guys that were on the pipelines and they are hard, hard workers and that’s exactly what we need in this industry,” Ches Heitmeyer, owner of Solar Sam in Columbia, Missouri, said.”

Solar Sam’s Founder and CEO, Ches Heitmeyer was recently asked to chime in on a trending story from Newsy. In the 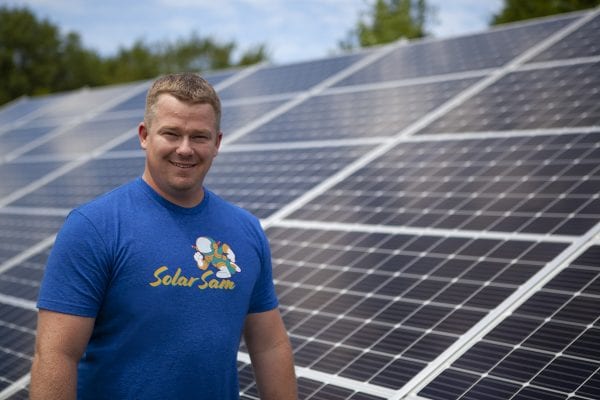 Newsy video (watch HERE), contributors discuss one of the hottest topics in the energy industry — jobs and the creation of new jobs.

One of the questions asked is about moving workers from the fossil fuel energy industry into the future with renewable sources of power, like solar. Newsy asks, “Do you think it will be possible for people to transition from working in fossil fuel to renewable energy?”

In a quote from the story, Senator Bob Casey says, “‘It’s going to require a determined effort to provide people the opportunity and the training…Everybody understands we need to reduce our carbon footprint on the planet.'”

Fossil fuels, as we know, tend to be hard on the environment. The story goes on to report, “Studies have shown that burning coal, crude oil or natural gas, can produce large amounts of carbon dioxide — trapping heat in the atmosphere — causing global warming, a sign of human-caused climate change.”

It’s no secret that the renewable industry, including solar, is creating jobs. As one of the fastest growing solar providers and solar installers in the Midwest, Solar Sam is living proof.

Of course, opportunities and training will need to be provided to help fossil fuel workers transition into the renewable field, and this transition will take time.

What do you think? Get the full story and watch the video here.