Which Is Better: Micro Versus String Inverters?

Whether you’re new to the world of solar energy or have a system already installed, knowing which solar inverters 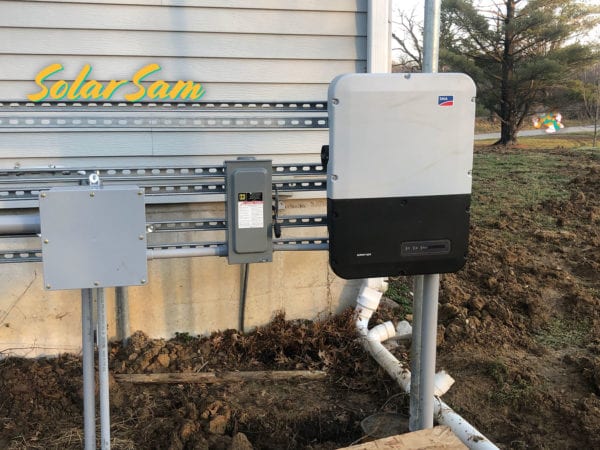 to use is a big decision.

There are currently two main types: microinverters and string inverters. To help you understand the differences between the two types, we’re going to do a direct comparison. Here, we’ll answer the question “which is better, microinverter or string inverter?”

There are some key differences between string inverters and microinverters, namely performance, price, and how they convert solar energy into usable power. We’ll review the different factors for both to help you decide which inverter is right for you.

When comparing a microinverter vs string inverter we’re going to look at three factors: performance, price, and function.

Both microinverters and string inverters do the same job. They convert direct current (DC) energy into usable household alternating current (AC). The main difference is in how each one does this.

A microinverter is an energy inverted that is attached to each solar panel in an array and optimizes that individual panel to produce as much energy as possible. This is useful for getting more energy out of panels that are partially shaded. Because performance is optimized on each individual panel, microinverters typically produce more energy.

String inverters, on the other hand, convert the energy for an entire solar panel array at the ground level. In doing it this way, the string inverter optimes the performance of the entire array based on the lowest performing panel. Under optimal conditions this can produce an even amount of energy across an entire array.

This decision came down to the versatility of microinverters. Even during cloudy days or shaded areas, a microinverter helps to get the most energy out of each panel. While string inverters are great under optimal circumstances, those rarely occur with most solar energy systems.

In the end, optimizing each individual panel is a better option during regular use or when weather and terrain affect production.

When comparing solar inverters, price can be a sticking point for some owners, especially if you’ve got many large systems in place. This criterion comes down to affordability.

On the flip side, microinverters have to be placed on every panel. With large installations, the overall price can be much higher than string inverters.

We want to add a bit of a caveat to this criterion: In terms of base price, string inverters are the clear winner. However, if you’re trying to generate as much energy as possible out of your system, then the choice isn’t that simple.

To answer the question, “are microinverters worth the extra money?” We’d have to say yes. If you can afford the added cost, the benefit in the amount of energy produced is well worth it. If cost is truly a factor, then string inverters are the more practical choice.

Our last criterion focuses on how much energy they can generate relative to their cost and the conditions they are used in. It sounds tricky, but all we mean is which one works better for your setup and the price.

String inverters work by controlling entire panel arrays, like we discussed earlier and optimize the entire array’s production. Ultimately, this option allows you to maintain an average level of production over a wide scale.

Microinverters work on individual panels and optimize energy generation each panel on a constant basis. In practice this is useful for smaller arrays that are covered part of the time or when weather makes it difficult to get consistent sunlight. They may be cost prohibitive for massive installations, but you’ll get more energy from each panel.

For the performance category, which type of inverter has the right performance for you will depend on your specific needs. 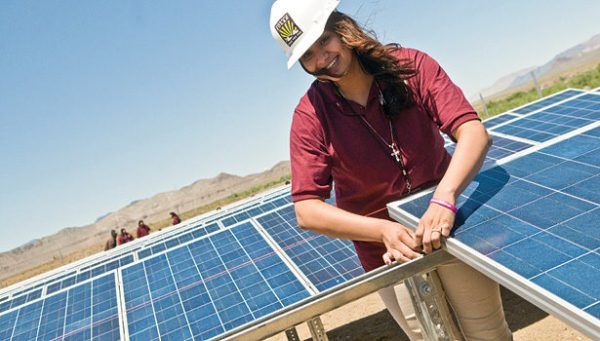 Still not sure which is better, microinverter or string inverter? Let Solar Sam help you figure out the right solution for your solar energy needs.

Every situation is different. Solar Sam is here to help with any solar question or installation you have!